DYNAFIBER is the story of 2 windsurfing aficionados who are going to revolutionize the world of windsurfing!

At the beginning of this ‘board culture’ sport that appeared at the end of the 60s and beginning of the 70s, the mast is made of fiberglass, the boom is made of wood, as is the base that connects the board to the sail. All this is very attractive in appearance, but really not very technical and not very efficient. 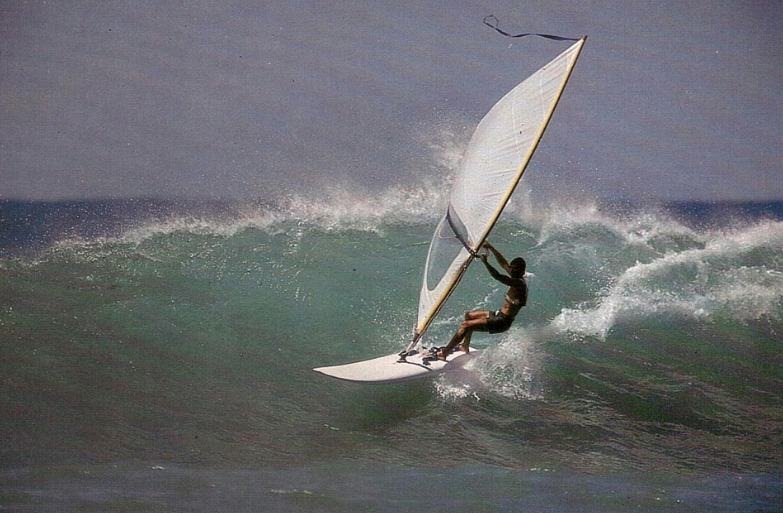 ‘At the same time, Bob Craig and Larry Stanley are both windsurfing addicts. Bob lives in Oregon, on the Columbia Hood River (‘The Gorge’) and Larry lives in Kailua, Hawaii. Each of them, on their own side, dreams of being able to improve their sailing by having the best in terms of equipment.

‘As early as the mid-70s, they were already thinking about technical products for windsurfing, tinkering in their garage’.

In 1974, Larry Stanley, Mike Horgan and Ken Kleid created the WINDSURFING HAWAII brand, which included booms, sails, luggage and harnesses. In 1976, Larry opened a surfshop of the same name in Kailua, with Pat Love as sail designer. With the means at hand, they developed many prototypes of boards and accessories. Their creations, like the footstraps, were really very innovative and boosted windsurfing performance! 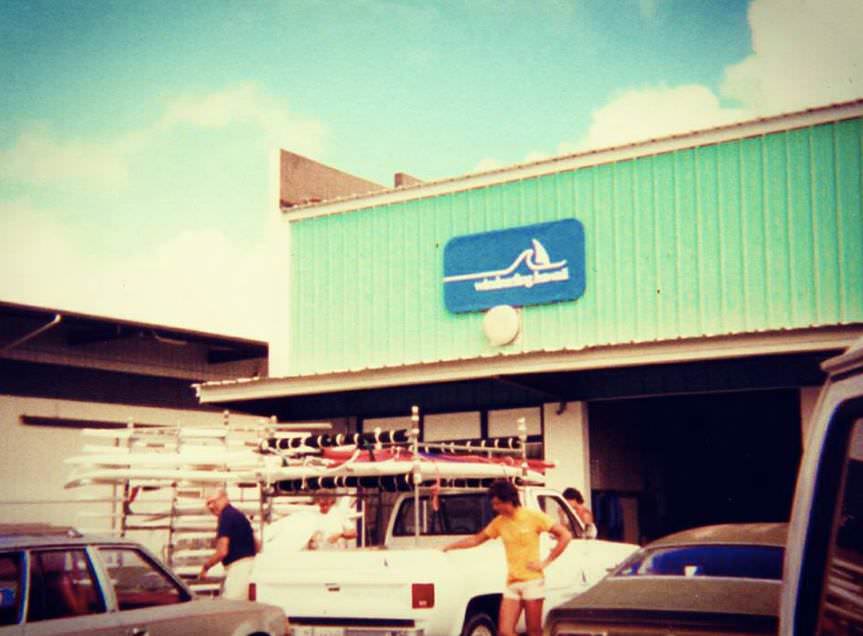 But in 1990, Larry Stanley moved to the Hood River. That’s where he met Bob Craig. In 1992, they both decided to combine their ideas. At that time, Bob was manufacturing carbon fiber masts, using a unique rotational weaving process.

‘Together, they created many accessories that would later become essential to any windsurfer. A few years later, they developed together a real innovation: the monohull boom, ultra rigid and much stronger’.

Over the years, and with the passing of time, and faced with some very high production costs, they decided to finally separate their activities. Larry Stanley abandoned Windsurfing Hawaii in the late 2000s to return to his roots, surfing. 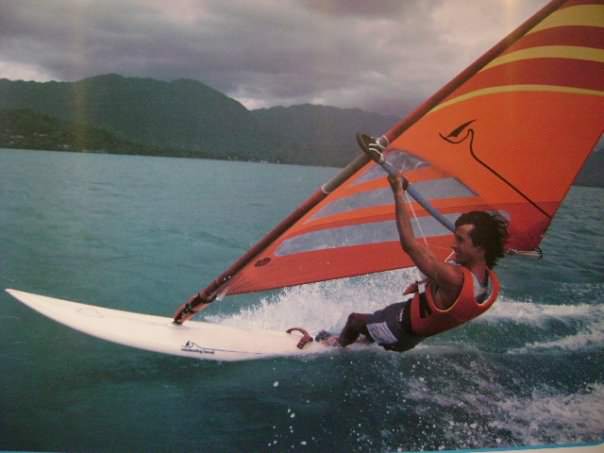 ‘This is when Bob Craig created the DYNAFIBER brand and started to develop technical products, using the best materials of the moment’.

His activity was more focused on the production of masts, booms and accessories. He innovated by creating technical booms that were light and strong at the same time. He also developed the adjustable length. An innovation that will be standardized later on.

Over the years, the DYNAFIBER products were sold very well in the USA and started to be exported to the shores of Hawaii. From then, the brand gradually expanded internationally.

If he subcontracted all his production to major American manufacturers, Craig will focus solely on development and marketing.

‘Its watchwords: the best manufacturers and the best materials. Thanks to his efforts and ingenuity, he will make DYNAFIBER the pioneering brand in technical products for windsurfing. Many professional riders will use DYNAFIBER products by winning many victories in the Windsurf World Cup’.

But a few years later, Bob abandoned windsurfing in favour of other professional objectives. He sold the brand to Brian Dalby of WINDSURFING WORKS. Dalby relied heavily on composite products and in particular carbon. DYNAFIBER then started a second life.

The brand offered ultra-strong carbon masts which reputation no longer had to face the more fragile masts of the other brands.